Founded in 1967, Reliable Home Improvement is a premier design / build firm in the area. Based in Naperville, we are delighted to serve families in many Chicago communities.

If you live in Plainfield, Romeoville, Naperville, Aurora, Montgomery or Oswego and are thinking of renovating your home, we’d love to hear from you! Our team is dedicated to helping families create their dream homes. We are a full-service remodeling company, trusted for over 50 years to complete home renovation projects to our customers’ satisfaction.

We are committed to helping families across the Chicagoland area with renovation projects, large and small. If you’re looking for further information on the design and build process, wondering what services might be best for your home, or ready to book an appointment with one of our team members, we’d love to hear from you! Contact us today for more information, guidance and design ideas from the Reliable Home Improvement team. When it comes to kitchen remodeling in Plainfield, Reliable Home Improvement is the perfect home remodeling partner. The kitchen is a key room in any home in terms of character. The kitchen is so often the room that captures the hearts of prospective buyers, and is one of the most popular rooms to remodel for those looking to sell, and looking to stay. It's also a place for spending time with family and friends, preparing and sharing food, and as such, the quality o your kitchen can impact your quality of life.

A newly remodeled kitchen can help make preparing meals fun. New appliances and a layout that makes sense for you can speed up chores, and plentiful storage can make keeping the kitchen tidy an easier task. if you dream of baking cookies with grandchildren or drinking wine with friends in a newly remodeled kitchen, consider remodeling your kitchen today for a change of lifestyle you'll love.

Bathroom remodeling in Plainfield is another very popular home remodeling project we see. A simple, functional bathroom with pleasing aesthetics can make a world of difference to any home. Take your design one step further, and you remodel can create the perfect bathroom, making it a luxurious space for relaxation. Whatever your Plainfield bathroom remodeling needs or goals, we can bring your vision to life. 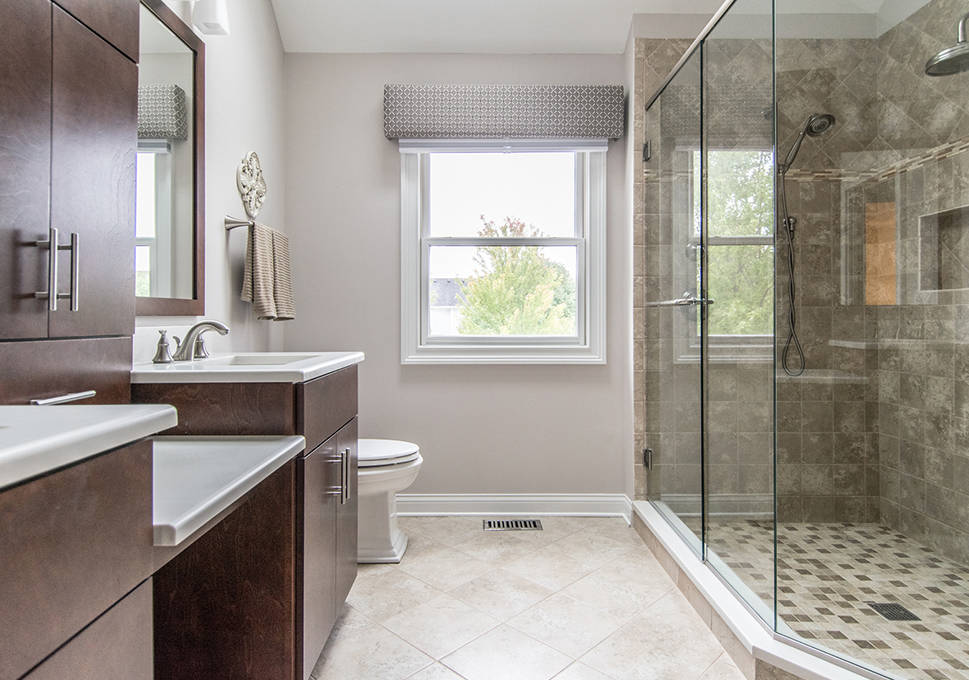 We are here to expand you home with the perfect home addition to befit your surroundings. Homeowners often choose to leave a perfect location for a larger home. This is one compromise you won't have to make with a home addition. If you love your Plainfield home, the community you share, and your proximity to schools, friends, and family, a home or room addition can enable you to stay while increasing square footage.

Home additions can be built for all kinds of reasons. An addition can become the perfect study, nursery, play-room, in-law suite, workout room, or even a sunroom. Whether your home addition is for work or play, there is plenty of opportunity with an addition in Plainfield.

Basement finishing and remodeling is another important consideration if you are in need of extra space in Plainfield. You might find that you have all the space you need, beneath your home. Finishing your basement is the first step, and can create a clean, safe space for storing personal items and anything you don't use on a regular basis. Remodeling or renovating your basement is the next step, making it into a truly livable space that you enjoy spending time in. Some of our work in Plainfield

At Reliable Home Improvement, we can help you realize what’s at the heart of your kitchen remodeling dreams.

get directions to our store

Get a Project Quote
Scroll to Top